Is It Time to Reduce the Bond Exposure in Your Investment Portfolio?

For the last half-decade, investors have been continually concerned about rising interest rates and the effect they may have on the bond portion of their investment portfolio. The fear is that if interest rates rise, the bonds currently held by investors will be outdated and provide investment returns that are less than what new bonds issued at the higher yields would return.

There is validity to this concern – if an investor could buy a bond yielding 4% on the open market, why would anyone buy a bond that yields only 3%, unless they could do so at a significant discount? Given that today’s interest rates are considerably lower than historical averages and expected to rise in the future, would now be a good time to sell some of the bonds in your portfolio?

First, let’s consider one of the most basic principles of investing – that markets are unpredictable. Are we certain that interest rates will rise, and are we confident this rate increase will happen soon? I’d contend the answer to both questions is no. Actually, the majority of investors have believed interest rates would rise since the first round of quantitative easing took place in 2009, and have suspected rates would rise in every calendar year since.  Quite simply, this has not happened. In fact, interest rates are currently lower than they were during the majority of 2009 despite five years of buzz about interest rate hikes.

Additionally, various bond categories have done even better than the Aggregate Bond Index, which consists of just U.S. government and corporate bond holdings. For instance, emerging market bonds (EMB) achieved a compounded return of 9.30%, while high yield bonds (HYG) returned 12.26% annually over the same five-year span. An investor whose bond portfolio was diversified among a range of asset categories has far from suffered since the expectation of a rate increases began.

Will You Miss the Stability of Bonds?

Let’s also consider the consistency of bonds. Since 1980, the Aggregate Bond Index has achieved a positive return an astonishing 31 out of 34 years (91% of the time!). Given this data, perhaps bonds aren’t as likely to decline in value as some investors think.

Equally amazing, although the bond index has achieved an annual return as high as 32.65% during this time period (in 1982), the largest loss it ever suffered in a calendar year over the same period was just -2.92% (in 1994). Over the entire 34-year period, the index obtained an average annual gain of 8.42%. Bottom line: Over the last 34 years, bonds have offered a lot of return for relatively little risk.

Diversification: the Most Important Factor

Not putting all your eggs in one basket is another basic principal of investing, and the primary motivation for having a significant portion of your portfolio allocated in bonds. It is important to remember that for an investor with a long-term perspective, equities will likely provide the majority of investment growth and return in a portfolio while bonds are needed to reduce volatility and risk. For example, while a portfolio that was 100% stocks suffered a 38.6% loss in 2008, a portfolio that was 50% stocks and 50% bonds suffered a loss of only 14.5% the same year—still not pleasant, but much more manageable.

Bonds reduce risk in a portfolio because their return has a low correlation to the return of stocks. How low? Since 1928, both the S&P 500 and the 10-year treasury note have lost value during a calendar year only three times (in 1931, 1941 and 1969). That is less than 4% of all annual periods!

Further, since the Barclays Aggregate Bonds Index was created in 1973, the index has never decreased in value in the same year as the S&P 500. Amazing, but true. Clearly, bonds are fulfilling their role as a diversifier and reducing the volatility in your portfolio.

There is Always a Role for Bonds

Despite the continuous threat of rising interest rates, bonds have continued to perform. More importantly, history illustrates that mixing bonds with stocks smoothes out the investment results of your portfolio. Don’t get sucked in by the media buzz. Bonds are too valuable an asset to disregard.


*I originally published this article on NerdWallet's Advisor Voices.
Posted by Unknown at 12:12 PM

I need to find a financial planner for my business. I think that it would be best for me to find someone professional to help out. Finances are one of the most important aspects of a business. http://globalwealthconsultants.com

You people really deserve for the appreciation, nice job buddy!

Watch now to learn what to look for when hiring a financial advisor.

Path to a Worry-Free Retirement 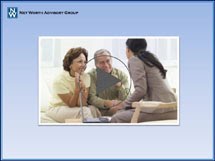 View this video to learn how working with the right advisor can get you closer to your financial goals. 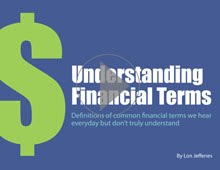 How Is Net Worth Different?